DIY Rocks! Look at what drew the crowd again!

A couple of months back, before LionsForge was formed, we participated in the inaugural Singapore Maker Extravaganza held from 20-23 July 2017 at the Science Centre Singapore. 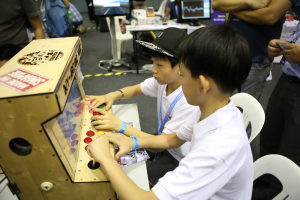 We did not know what to expect as we participated in the event as part of our efforts to promote the local maker movement.

Lo and behold, one of the hottest items was our DIY arcade machine, which was produced while our machine was still at its infancy. Not bad for a “barely there” production.

Check out the write-up by IMDA. 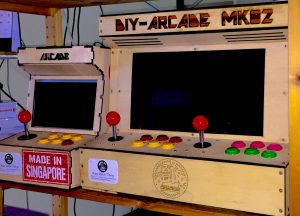