Far more valuable to create things than just being a consumer: Vivian Balakrishnan 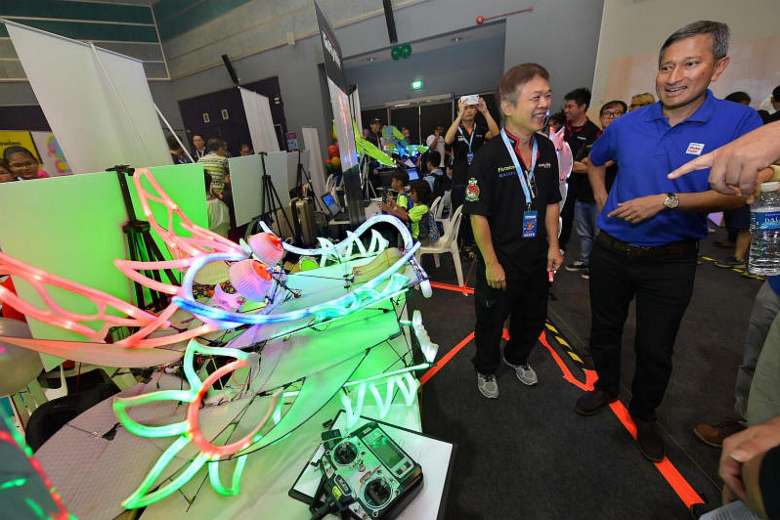 Besides the Maker Faire, the Singapore Maker Extravaganza also introduced the inaugural Maker Conference and Maker Summit, which is a platform to discuss topics like entrepreneurship, community and technology.

Calling himself a “passionate supporter of the maker culture”, Dr Balakrishnan said the event encapsulates the spirit of what Smart Nation is about – which is about people, skills and their abilities.

During the launch, he also spoke on how the new science centre – which is expected to be ready by 2020 and will be situated on the north shore of Jurong Lake – should not just focus on hardware, but also on people and their ideas. 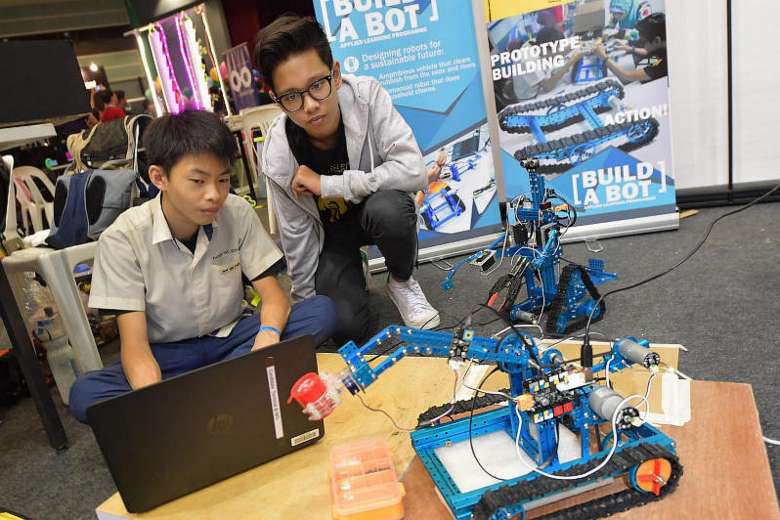 “We have been talking about the new science centre for decades – it’s time and overdue,” he said.

Speaking at the sidelines of the event was Mr Dale Dougherty, the founder of Make Media and an advocate for the makers’ movement worldwide.

He said the makers movement here in Singapore is “pretty robust”.

Mr Dougherty added that whether such a movement can be integrated to our culture and education system is something to be looked into.

A robot booth by Fuchun Secondary School students was one of the 430 booths featured at the exhibition.

Using robot parts such as gears and tracks sponsored by the Info-communications Media Development Authority, they managed to create a robot from scratch that can travel on both land and water.

Student Sew Zee Cheen, 15, said: “The robot we created can travel on both land and water, which can be used to clear rubbish from land and rivers.”

He added that such an invention helps reduces efforts to pick up rubbish and simplify people’s lives.

The event, which is part of the Singapore Science Festival, is expected to have more than 15,000 visitors.